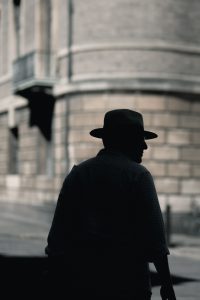 “Agent X” is a client and long-time friend of the Camardas and friend of the firm, is ex-FBI, ex-black ops, and probably ex-lots of stuff we don’t know about. He is a very serious and scary dude.  He knows his stuff! Listen to him!

WARNING: Some knew about the red light on cars, but not Dialing 112.

An UNMARKED police car pulled up behind her and put his lights on. Lauren’s parents have always told her to never pull over for an unmarked car on the side of the road, but rather to wait until they get to a gas station, etc. Especially for a woman alone in a car, you should not pull over for an unmarked car. Apparently police have to respect your right to keep going on to a safe place.

Lauren had actually listened to her parents advice, and promptly called, 112 on her cell phone to tell the police dispatcher that she would not pull over right away. She proceeded to tell the dispatcher that there was an unmarked police car with a flashing red light on his rooftop behind her. The dispatcher checked to see if there were police cars where she was and there weren’t, and he told her to keep driving, remain calm and that he had back up already on the way.

Ten minutes later 4 cop cars surrounded her and the unmarked car behind her. One policeman went to her side and the others surrounded the car behind. They pulled the guy from the car and tackled him to the ground. The man was a convicted rapist and wanted for other crimes.

I never knew about the 112 Cell Phone feature. I tried it on my AT&T phone & it said, “Dialing Emergency Number.” Speaking to a service representative at Bell Mobility confirmed that 112 was a direct link to State trooper info. So, now it’s your turn to let your friends know about “Dialing, 112”.

This applies to ALL 50 states. You may want to send this to every Man, Woman & Youngster you know; it may well save a life.