The Federal Reserve was thrown another curve as a less-than-stellar, non-farms payroll data figure last week, showing employment did not strengthen as much as expected . . . further increasing the probability of a delay in a rate hike was the Institute for Supply Management’s (ISM) service index, which fell from 59 in August to 56 in September—below the estimate of 57.5—an indication of slowing economic activity in the U.S. Net-net this has led to speculation the economy simply doesn’t yet have the muscle to stomach a rate hike. Perhaps, because of this, equities have found some resilience with the strong conviction of the Fed hike not occurring until 2016.

Equities have been weak over the last couple of months due to global economic weakness, and the fear of contagion to the U.S. economy. However, the aforementioned weak economic numbers here, in the U.S., might provide a silver lining to investors who may have been concerned with a looming rate hike on October’s Fed meeting—cheap money is good for stock prices. With shaky data lately, this may lead to confidence that a hike will not occur and more risk “on” behavior. With earnings season set to kick off, we shall see if the predicted GDP weakness is of merit. With rates still near zero, stocks may seem to be the only game in town.

As we move to the markets, global equities—including emerging markets—have started October with a bang. Moreover, they are finding a bounce at three year support lines, which have been integral in this six-year uptrend since 2009. These trend lines suggest we may have a healthy bounce, globally, in the near term. The U.S. markets have also entered a seasonally-strong fourth quarter with a jump as well. The S&P 500 is finding resilience well above its October 2014 lows, which is a positive. The bottom line is, with all of these global markets finding support at critical levels, this paints a picture of the worst, perhaps being behind us. However, that doesn’t obscure the fact it may take time to regain the levels we saw in July. At this juncture, the market could experience a basing period where prices move sideways in a rebuilding mode before significant gains are seen. In other words, even if the correction is over and we are in an uptrend again, it probably won’t be straight up. Stay tuned.

Below is a chart of the Global Dow (Global includes international and U.S. equities) that illustrates my points mentioned above.

The Secret To Avoiding Overpaying Your Taxes Again This Year 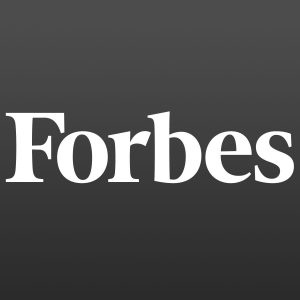