Business Owners – Why You NEED a 3(38) Fiduciary 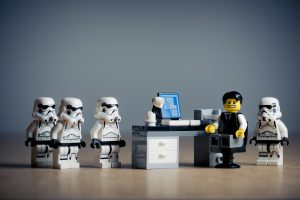 401(k) plans have become so commonplace that not having one at work is a red flag.

Business owners typically set them up to attract and take care of employees.  It is also an effective way to save themselves taxes.

Because 401(k) deposits usually go in pre-tax, this is a good way to cut owners’ tax bills, as well as build employee loyalty and retirement security.

But most people don’t know that such plans carry tremendous risks for business owners.

Such owners are typically the plans’ trustee. A trustee always has liability, but retirement plan trustees – called ERISA trustees for the Federal law – carry what’s probably the highest degree of liability in the trust world.

Most owner-trustees don’t know, for instance that they are personally liable to make sure plan fees are not excessive. But since most plans for small businesses are sold by commission stockbrokers and life insurance reps, fees are often unreasonably high.

I know owners typically look at 401k’s as their plan, that they pay for it and are doing employees a favor.

But the law looks at it quite differently.

According to the Feds, plans are exclusively for employees’ benefit, and owners are on the hook to make sure they are run professionally and carefully protect employees’ rights.

Owners must appreciate they are completely responsible for plans like 401k’s which are regulated by ERISA (Employee Retirement Income Security Act). They need to be vigilant regarding service provider activity and regularly verify that vendors are performing as required. If not, owners can face serious penalties, Federal regulatory action, and even be sued to make good on poor returns.

ERISA plans are regulated and enforced by the Department of Labor’s Employee Benefit Security Administration (EBSA).

EBSA investigations generally focus on fiduciary breaches, plus administrative, reporting and disclosure requirements. Such deficiencies can easily be found in the Form 5500 that plans are required to file annually.  Form 5500 is a gold mine for the Department of Labor’s investigators. It is also public information, and available to anyone, including litigation lawyers who may want to troll for business.

Here are some red flags investigators look for

Employees or others involved in a plan can – and often do – file complaints. In a recent year, the Feds began 524 new investigations based on employee complaints. These ended in almost $450,000,000 repaid to workers.

Owner/trustees are liable in these areas, and more:

While many owners believe they have delegated this liability to plan advisors, this is often not the case. Advisors may encourage this false belief in order to get and keep business, but at lawsuit or audit time, the owner is usually alone, and in the wind.

It’s not that owners can’t find advisors who can take this risk from them. They just often don’t have the training and information they need to do it properly, leaving them with big exposures they don’t know about – until it’s too late.

401ks are seeing a massive increase in lawsuit activity as lawyers see a new market for litigation.

This will probably get much, much worse after the next market crash, as more employees near retirement age and look for someone to restore lost nest eggs.

The market’s gone pretty much straight up since 2008, but that won’t last forever.

Lawyers representing employees are starting to advertise, pitching employees to take action when plans are not run properly and in their best interest.

Recently, a claim was filed against a small 401(k) with about $9 million in assets and around 100 employees. It claimed that plan trustees breached their fiduciary duties by letting exorbitant fees be charged for investments and administrative services. The complaint named the president and CFO of the  auto body shop personally as defendants, alleging they did not undertake a prudent process to select service providers and evaluate the reasonableness of fees. This dropped ball, it was claimed, resulted in employees overpaying hundreds of thousands of dollars.

Lawsuits like this demonstrate that small and mid-sized 401(k) plans are now a target for plaintiffs. The allegationsare substantially similar to those recently filed against large plans:

A 2017 *blog by a business owner really makes the point:

“It may sound inconceivable, but I recently realized that as an employer and the trustee of my company 401(k) plan, I’m at risk of being sued by plan participants who are unhappy with their returns.

I didn’t think this was even possible since I’m not the person responsible for managing the funds under management. But this is indeed the case.

In fact, to my surprise (should I be?), in my own home town of Denver, there is a local attorney who is running ads during the morning news program trolling for ‘anyone who feels that their 401K plan returns weren’t good enough.’

I have to admit, it’s a great sales pitch because I don’t know anyone (no matter how good their returns are) who doesn’t wish they could have done better.  I suspect their phones are ringing off the hook too.”

Pretty amazingly, such protection can often be obtained at similar or even lower cost than plans often pay for no protection and with high enforcement and lawsuit risk.

Of course the trustee still has liability to prudently pick an ethical, honest, and expert investment advisor in order to get off the hook. A golf buddy/insurance agent “financial advisor” with no investment training may offer to be a 3(38), but if he don’t cut the audit mustard, the owner is still liable.

For a detailed slide deck with lots more detail, feel free to email me directly.—j@camarda.com