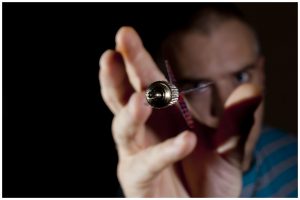 As many of you know, the investment world kind of hit the fan just about exactly one year ago, as the first drums of the trade war began thrumming. Regardless of where you stand politically on this, it’s messed up the markets pretty royally, and transformed the economic trajectory of most of the world as old deals were shredded and the major players – Trump and China – bloodily dug their heels in for a long and damaging fight. Camarda is not among the doomsayers who see global recession in every shadow, and in fact we are quite optimistic that things will improve and keep humming. But the world got a change-making jolt, and we began work on recalculating our investment strategy nearly a year ago. After many months of work, our new strategy was finished last August. There are a number of changes, including using DFA funds exclusively this go round, a toe dipped a bit more deeply into the bond markets, and so on, but the really big deal is a tilt toward more US  (which has gotten much cheaper) and less non-US exposure in most portfolios. Not that we won’t still have very significant positions outside the US, just not so much, and with different patterns of exposure. We really like these new portfolios, but have been sitting on them for a long time, waiting for conditions to favor them:

We have been closely monitoring these conditions, and both trends have been moving in the right direction, so we expect to make the changes soon, perhaps by the time you read this.

To summarize:  We are close to making some big changes to the AIMS portfolios, including using all DFA funds which are generally much cheaper and we think more attractive. The new models have been ready since September, but we have been watching the markets for an opportune time.  Overall, we will have less non-US and more US, now that the US market has gone down. Like Caesar, these changes are believed to better position Camarda clients for the conditions we see ahead, and are intended to help us get through it with less risk and more profit.