Cheery News for Investment Land – The Best is Yet to Come? 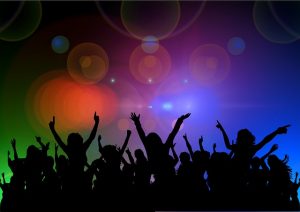 The market’s truly been on a tear since 2009, nearly tripling since the bottom. With such good recent performance – which is what humans are hard-wired to focus on – it’s hard to believe that the past couple decades have actually been pretty crappy. But people tend to forget the dismal period between the Y2K bust of 2000, and the huge plunge of 2007 and 2008. “We are coming off 20 of the worst years for compounded returns since the Great Depression,” says Nicholas Colas, co-founder of DataTrek Research. According to Barron’s, “the average trailing 20-year market CAGR (compound annual growth rate) since 1928 is 10.7%.” That’s right, on average since then, stocks have returned close to 11% per year on average. The poor recent performance, compared to the long term 10.7%, “has given birth to, among other things, the rise of passive investing and the growth of exchange-traded funds….The best thing about sitting at the low end of a historical range is that mean reversion should start to kick in…and the next 10 to 20 years from here will likely be pretty good,” also per Barron’s. Camarda believes that this blasé period – this statistical fluke that has made unmanaged index investing look so good – is about over, and that the years to come will be much more profitable, for those that choose investments with deep rigor and care, as Camarda endeavors to do. The current period seems like a most opportune one for this strategy. Even with the recent downdraft, Barron’s notes that “cheap stocks have been marked down more than the expensive ones….the valuation gap between the cool stocks and the outcasts has rarely been wider.”  Especially in times of volatility or bear market behavior, “the cheap end of the US market may indeed be an appealing refuge….the nice thing about cheap stocks is they are fit for both the greedy and the scared…there…could be outsize returns. If everything tanks, there is comfort in holding companies that could pay for themselves…with their cash flow.”  On that final note, we point out that Camarda’s Caesar stock portfolio is strongly biased to stocks with rich dividend cash flow.