Has the New Bull Market Begun? 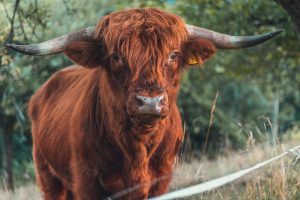 The press doesn’t talk about it much, but we clearly experienced a Bear Market last year, beginning in mid-Fall and bottoming right after Christmas, for which I call it the Christmas Crash. During this period, the market dropped 19.8%, close enough to the “official” Bear benchmark of 20% for me.

While we have since hit record highs, it is important to recognize that this looks more like the beginning of a new bull market than an extension of the old one begun in 2009, as many in the popular press seem to prefer.

This is an important distinction, when we look at how far the market can go. Frothy markets – as this column had observed for a long time through 2018 – tend to end in bear markets, as investors recalibrate and values adjust.

We think that happened last year.

We also think it a good sign that investors – both professional and not – seem to have become more pessimistic on the market’s prospects, and have trimmed exposure to stocks, even though we have recently hit record highs. Some surveys are showing that institutional investors have not been this bearish since the darkest days Great Recession.

I think it particularly noteworthy that even in the wake of a stalled (but warming!) China deal, and the new threats from Iran (see below), that the market has hit new records.

As mentioned for awhile this year now, I think that 2019 will be a good year for stocks, both US and foreign.

When a China deal happens – as it must happen – the market will likely explode.

Until then, it seems to be doing just fine climbing the wall of worry.

The fear gauge is up, and we suggest you feel greedy and hope for some nice gains for awhile!