How to Make Money in a Bear Market 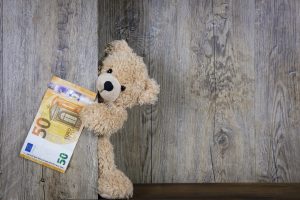 A bear market is typically defined as a drop of 20% or more from a previous market high, based on market closing prices. The term bear market typically is applied to the stock market, often as measured by the standard & poor 500, or S&P 500, but can be applied to even individual stocks, or even things like gold or oil, and is an indication of market downturns with a stock or stocks falling. Thus, a bear market is viewed as the opposite of a bull market, where stocks are viewed as rising. While bear markets tend to be more short term, bull markets tend to be more long term, though these are generalities only.

Investors often wonder how to make money in a bear market.

Investment risks are everywhere. For a whitepaper written by Dr. Camarda on market risks that could derail your financial goals click here.

While bear markets tend to be short term, they are very disturbing and emotionally jarring. Market values tend to eventually recover and even go higher, but many people have a hard time remembering this and putting the value depreciation in context. Often, they have a feeling that things will continue to go down or not recover, and can tend to want to sell to “stop the bleeding” before things get worse. Generally, this makes for a poor decision, and investors can lock in losses from which they will never recover.

More astute investors may look for ways to profit from bear markets. Conservative strategies to attempt this include considering price softness to represent a buying opportunity, and use bear markets to accumulate shares.

Dollar cost averaging – investing a fixed dollar amount over regular periods such as monthly – can prove profitable if shares drop in value such that more shares are purchased for a given dollar amount as prices fall.

Other, more aggressive ways to make money in a bear market include short selling and using options.

Short selling means selling shares you do not own, and collecting the sale price in cash. This is accomplished by borrowing shares from a broker that you absolutely promise to replace later. The short seller hopes the stock price will drop – as in a bear market – and that they can buy to replace the shares cheaper than the price at which they sold the, pocketing the difference in cash. Of course, the risk is that the share price goes up instead of down, and they need to pay more to replace the shares than they got on the short sale. The short seller’s loss is theoretically unlimited, since the stock price could rise dramatically.

Basic options strategies to profit from a bear market include buying puts and selling calls, though there are a great many other more complicated approaches.

Buying a put gives you the right to sell a stock at a specific price. The price of the put is lower when the stock is high. If the price drops, the put goes up in value, or you can sell the stock to the put seller for a price higher than you get buy the stock for on the market after the price drop. This is called “putting” the stock to the option seller.

Selling calls gives someone else the right to buy a stock at a specific price. If you sell a call and the price drops, the call will go down in value (so you can buy to close out your position for less than you sold it for) or can even become worthless, and you keep the money for selling the option. It is safer to sell calls on stocks you own in case the price goes up and the option buyer “calls” for or wants to buy the stock. Selling “naked” calls on stock you don’t own can be much more profitable, but is much riskier. If the price goes up, you could be looking at unlimited losses, much like the short seller above.

Of course, due to their general short-term nature, trying to profit from bear markets runs the risk of committing to a strategy requiring a continued drop in prices, only to see the trend shift and the market return to bull phase. This can result in big losses on bear bets. A good example is the US market from September of 2018 to June of 2019. After hitting new highs in the Fall of 2018, the market plunged for most of the rest of the year, not hitting the bottom until just after Christmas. While this bear market was generally not recognized by the financial press, the drop was a bear-mauling 19.8%. But the trend began to shift, and the market entered a bull phase in January, and actually wend on to make new record highs early in 2019.

Bear investors whose timing was off – and the timing is always incredibly difficult – stood to lose big in this example. Worse, by the time many investors realized the market was in bear phase, it was probably over, back in bull phase and too late to trade on.

Using bear strategies in a bull market is a recipe for disaster.

In the end, attempting to profit from bear markets amounts to market timing. While vast profits are possible with such a strategy, consistently timing the market successfully is a low-probability game for most folks, even smart people who study deeply and behave with discipline.

For most, a long-term accumulation strategy (or holding stocks through decumulation, as in spending assets down in retirement) using some sort of buy and hold approach will typically be more satisfying.

Investment risks are everywhere. For whitepaper written by Dr. Camarda on market risks that could derail your financial goals click here.