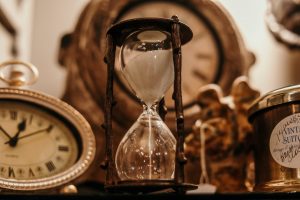 “Tax the rich, feed the poor, ‘till there are no rich, no more.” Ten Years After’s is one of my all-time favorite tax quotes, recently remembered in Barron’s. Another is Franklin’s “nothing (is) certain, except death and taxes,” though preferring to consider myself an especially astute tax practitioner, I grow more convinced, as I age, of the former than the latter. The Beatles’ “there’s one for you nineteen for me/should 5 per cent appear too small/be thankful I don’t take it all” – lamenting the United Kingdom’s once (and future?) top 95% marginal rate – is up there.  But probably my favorite is Tony Soprano’s consigliere’s woeful counsel, about real estate taxes, that “you gotta pay those,” implying far more elasticity in the income tax burden, for those in the know, than the property tax one. At the risk of getting whacked I would respectfully disagree with Tony’s Signor Dante, though we will leave the surprising negotiability of ad valorem taxes in most municipalities to another time, given income tax season is now neigh on full bloom, and we hope to stem your sneezing. This year’s tax tacticians confront some of the most transformational changes in generations, hiding the unprepareds’ cheese so deeply and darkly as to risk considerable nibbling ere it’s found.

The tax rush marches on, with only weeks left until the April 17th filing deadline.  As mentioned above and in a recent companion piece, taxpayers are facing some of the biggest changes in many, many years, and those ill-prepared to reformulate strategy may wind up paying far more than the tax reform/tax cut headlines would imply. Last time we looked at changes in personal exemptions (they are gone!), the standard deduction (much higher!), business expenses for employees (also completely gone!), capital gains taxes (not much change), and some other items.

Here we dwell a bit more on estate and gift taxes, look at changes in the so-called kiddie tax, review an important change on IRA ROTH conversions, and look at the many huge changes affecting business owners.

Given the complexity and scope of the current “tax reform” it is likely that many preparers are not as up to speed as you might wish on the challenges and opportunities presented by the new rules, particularly in the estate tax and QBI areas. If you have not yet, consider a candid conversation with your tax advisor about how the changes affect your tax profile, and what tactics are being used to optimize it. If your confidence is less than robust after such a dialog, strongly consider filing an extension (if not already part of your standing strategy as for many of us) and getting a second opinion or two.  Heck, do this even if your preparer has you utterly convinced that all is well…. just on the slim (and strong) chance it ain’t. I call tax the “master wealth skill” – the cutting edge of wealth leadership – because the min/max net worth outcome spreads are so profound. With even more sticky dough on the table this tax reform year, be sure not to leave any stuck there.