Is This a Bear Market, Daddy? Teddy Bear, not Grizzly Bear… 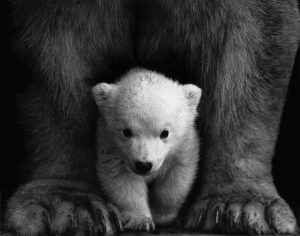 Chicken Littles across the media spectrum have been making hay over the recent market volatility, comparing 2018 to the dark days of 2008, and blathering on about gathering signs of recession in the US and around the world, and asking if it adds up to another financial doomsday.

My answer is, in a word, poppycock. There are headwind factors, to be sure, which have been well covered in this space for months, namely rising US interest rates, frothy valuations for many US stocks, and the trade imbroglio with China. We have seen and will continue to endure some chop. The US market was overdue for a price correction, and sometimes corrections are not readily distinguishable from bear markets, given the media’s knee-jerk rules of thumb to define them:  “ a correction’s a drop of 10% or more from a recent high, a bear market’s a drop of 20% or more, la la, la la….”

Viscous bear markets tend to be driven by hard times. Despite the media frenzy – and remember the media’s business model is to YELL things to get you to pay attention and see the advertising (in the vernacular of an earlier time, “disturbing news sells newspapers….”) – the economic data remain quite optimistic. Let’s revisit the not-so-knee-jerk definition of a recession: 2 or more quarters of reduced economic output. If GDP = 1 now, and is .9 next quarter, and .8 the following quarter, that’s a recession. If it stays at 1 for 3 quarters, while there is no growth, there is no recession because there has been no contraction of output. So let’s look at where we are now.

Consumer sentiment is extremely high. Unemployment remains at record low levels. US GDP for Q3 was 3.4%, down from Q2’s 4.2, but still out-of-the-park strong and growing, not contracting. Corporate profit growth continues very strong, up 6.1% in Q3. Long term GDP growth is projected at 1.9%, with 2019 projected at 2.5%. The Fed’s much-reviled rate hike policy is still targeting to keep rates at historically very low levels, at about half the long run average which it has not yet reached. Moreover, the Fed actually backed off a bit just before Christmas, and signaled it’s willingness to be more accommodative – ease off rate hikes – should this be needed if the economy softens. Growth outside the US has slowed a bit but is still quite solid. Inflation remains near target at 2%.

There is a very important distinction to be made between bear markets. Bear markets associated with recessions are generally quite vicious and enduring – “long and painful” as Barron’s put it just before Christmas. This makes sense: when the economy actually contracts, corporate sales and profits go down, and the businesses – represented by stocks – become less valuable because their earning power is diminished. That makes for a real bear market.

By contrast so-called cyclical bears tend to be much shallower and shorter. Think of cyclical bears as big corrections – stocks go down because of overpricing or general fear/greed oscillations, not because the economy’s hit the mountain. But the economy is still growing quite strongly, just not as fast. Corporate profits and values are still going up. And I think the markets will, too.

I am convinced that this is cyclical bear market – a healthy price correction bleeding past the magic 20% threshold – which should be used as a buying opportunity for those that can take advantage of it, and all others should sit tight. It reminds me of one of my favorite lines from one of my favorite movies, The Great Lebowski – “sometimes you eat the bear, sometimes the bear eats you.” Right now, it’s the former. Pass the BBQ sauce!