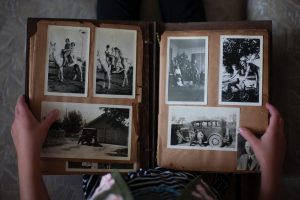 “So passes Denethor, son of Ecthelion,” said Gandalf, as the dark hordes gathered around Gondor, and all hope fled the city.

That’s a bit melodramatic to describe the fate of Ken Fisher, who, after all, has not leapt, self-immolated, from the face of a sheer cliff.

Still Ken, like Denethor, in many ways has risen to the role of powerful steward. Not of a faux-mythical city-state, but as an undeniable King of the nouveau fiduciary investment advisor industry. While Fisher remains a close number two to Edelman’s Financial Engines empire, we must give the King his due:

He has built a rigorous, structured, uniform, my-way-or-the-highway kingdom. And he has held steadfast to a $500,000 relationship minimum, laser-focusing the efforts of his devout minions on the lucrative high-net-worth slice of the expanding investment market.

True, he has been accused of condoning, encouraging, or even inculcating high pressure sales techniques that might make boiler-room men of old blush.

In many ways, the King now has no clothes, especially after the public disclosures of his alleged sexual and racial indiscretions, singular opinions, and other peccadillos.

No matter those. I come not to bury Caesar, but to praise him.

Regardless of Ken’s shortcomings – and like many of us, he may tote them by the boatload – there is no arguing that he iconically built an important industry nearly from scratch.

He is unquestionably the father of the modern fiduciary RIA. At a time – the late1990’s – when the status quo was the high-commission, highly-conflicted, non-fiduciary investment sales model, Ken had the vision and the chutzpah to launch what would become a hundred-billion dollar, no-commission, fee-only investment advisory.

But there is no arguing that in many ways, his operation has transformed the investment industry for the better.

So wither now, transformed industry, if the Emperor has no clothes, or at least the King has no pants?

Ken’s veneration as a prized TV guest has probably, like      Denethor, passed. He’s been banned from the iconic conference from which his peccadillos escaped, and probably from many more. Billions in pension money has fled his care, and many more may follow. As word seeps out, billions more in private client money may follow, depending on the whims of fickle public opinion.

There has been talk of his being kicked upstairs at the company he founded, if only to stem the bleeding and make a happy public face.

If only as stock-picker-in-chief, his absence may have profound ramifications.

Fisher clients, at this point, not a week into the fray, may justifiably be concerned.

Not only about the character revelations that likening gaining investor trust to “getting into a girl’s pants” and suggesting that slavery in the US ended too soon have exposed.

But especially about the hard-dollar Machiavellian risks that a Fisher Investments without a firm-handed Ken at the helm may suggest.

Without a fully-enabled Ken, one might contrast the trajectory of Fisher Investments to a Berkshire Hathaway without Warren Buffett.

In many ways, Berkshire has methodically prepared for inevitable transition for many years; Fisher’s succession planning has been far less transparent, and perhaps, far less considered.

And for better or worse, and many may think worse, Ken Fisher is no Warren Buffett.