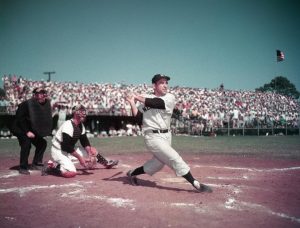 Yogi Berra, great Sage of the Bronx, had a lot to teach about the market, if only he would ‘a said it. Like, maybe, “investing is 90% mental, and the other half is not losing money.”

Unlike my misquote above, he actually did say “Slump? I ain’t in no slump…I just ain’t hitting.”

Lots of old school investors and advisors – and when I say old school, I mean the apparent minority that actually schooled themselves on investments before picking up the bat – may be commiserating with Yogi on that one.

Since the bottom of the market way back in ’09, the basic precepts of best-practices portfolio management – asset allocation, wide and global diversification, regular rebalance and adjustment – may seem as old school as Socrates.

But not no more. Now that this time really seems to be different, the S&P 500, lead by US Large Cap Growth, has been the place to be.

Consider: For the five-year period ending Q3 of ‘18 the S&P 500 returned over 11%, while the MSCI World ex USA Index showed less than 2%, and the MSCI Emerging Markets Index brought back a paltry 0.78%.

Yep, that’s less than 1% folks, not the 7.8% the decimally hopeful might see.

So why are the old school guys sticking to their non-US diversification guns, even in the wake of such dismal relative underperformance?

It’s more than Fiddler on the Roof tradition.

While the US markets have been kicking butt lately, it was not so long ago that the tables were turned and the old school money had bragging rights.

What’s more, this was no flash in the pan Bronx cheer.

For the eleven decades beginning in 1900, the US stock markets beat non-US markets five times, but the other guys did better six times.

And the more things change, the more they stay the same. Nothing goes up forever, and US stocks by many measures are very richly valued – dare one whisper maybe overvalued? – and maybe ripe for a fall.

Maybe not this year, maybe not next, but surely sometime soon, if history has anything to say about it.

Moreover, whilst US stocks soar like as if on wings of The Babe, valuations of many non-US stocks look real cheap. I mean dirt cheap.

If you ain’t old school already, it just might profit you to take another look in the schoolhouse, while the sun yet shines.