The Investments Path Forward (Part 2 of 4) 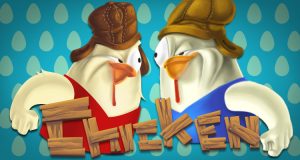 As we write this, the global trade situation is improving. Deals are inked with South Korea, Mexico and a contentious Canada, and talks with Japan and Europe look like they’re hustling to the finish line. That leaves China as the 600,000-pound dragon in the room. Relations on all levels with China are at modern low points and getting worse.  Besides the tariffs game of chicken, China’s been subverting North Korea and other sanctions, aggressively challenging our military’s planes and ships, and allegedly implanting spy chips on computer motherboards it exports to us. While the relationship’s complicated, for trade at least we expect some normalization sometime next year. China needs our markets far more than we need it. There is no doubt that the Trump Trade Doctrine has disrupted many investment plans after a very prosperous 2017. We think this has displaced – or better, delayed – many of the gains Camarda expected for 2018, particularly in our substantial non-US investments.  In the end, however, we think the Trade medicine was appropriate, necessary, and, in the end, will prove wonderful for not only the US, but most of the rest of the world. The US is by far the most important economy in the world, and many folks think it’s about time it exerted more of its considerable influence in its own behalf. This seems to be happening, and we think in the end it will be very good for investors.

Largely, we think because of this trade disruption, the difference in values for US vs. foreign stocks is at its biggest spread since 2009, right at the bottom after the 2008 meltdown. In other words, US stocks are overpriced by many historical measures, and foreign stocks are cheap. “US stocks have become increasingly expensive compared with major indexes elsewhere,” a recent Wall Street Journal piece said, “something many analysts worry could leave the (US) markets vulnerable to a snapback heading into the final months of the year.” Certainly, risks of a US market correction are high, and the drops we’ve seen in early October may be just the beginning of a bumpy period ahead. The market – priced for perfection in some ways – seems to have finally gotten the message that interest rates are really going up, and this will have significant economic impact. While this has been official Fed policy and obvious to many of us for years, it’s finally sinking into stock and bond prices. Investors have been dumping bonds, driving prices lower and rates higher across the yield curve. Camarda’s been warning about the risks of bond price cave-ins for year, so we won’t get into that again now. The important point is that the stock market seems to be getting interest rate religion, and that will impact prices as rising  interest costs dampen profits, business and the general economy.

The Secret To Avoiding Overpaying Your Taxes Again This Year