What to Expect from the Stock Market Now 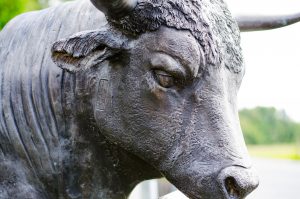 Stocks are off to the “best start in 28 years,” according to Barron’s and many other market pundits. While performance numbers for Q1 so far have been double-digits-rosy, it is wise to remember this year’s bullishness was built on last year’s bearishness, which was bruising, to say the least.

The prospects for solid 2019 gains remain bright, if not dazzling. The Fed has clearly backed its threat to blithely raise interest rates, recessionary torpedoes be damned. While the few whiffs of inflation wafting about may eventually sway its thinking, for now the markets seem somnolently sanguine to rate hikes, a big about-face from last year. Absent a change, this is a solid plus in the bulls’ corner.

Another solid change is the hard prospect of resolution to the China Syndrome, the loggerheads trade dysfunction that’s chilled the world and brought the Middle Kingdom’s economy to its knees. As this is written, headlines scream a deal with China is at hand, expected to be signed at Mr. Trump’s own Mar-a-Lago later this month, timed for the tail end of the Chinese President’s travels abroad, to blunt suggestions he may be kowtowing  to the US by rushing to Florida to ink a deal. Such suggestions of cowing are understandable, given the depths to which the Chinese economy has fallen as a result of the trade war, and the ensuing political pressure on even the lifetime supreme leader, as natives grow increasingly restive and entitled.  Not to be outdone, Mr. Trump’s political pressure to cut a deal is amp-ing up as well, on the heels of the failure in Hanoi and with the specter of an economically disgruntled electorate as he swings into the Presidential election season. Many fear, as Camarda has for some time, that the looming deal with China will fall far short of the overdue reformation Mr. Trump campaigned on. But the high road has never stood a chance against political expediency, and any deal to stop the global trade bleeding is good for the stock market’s 2019 prospects.

The third rail – and potentially the most potent – is the prospect that even after last Fall’s drubbing, US stocks by many measures are overvalued, or at least not cheap. As the Buffett school of investing is wont to remind, in the short term the market is a “voting machine” (a popularity contest), but in the long term, it’s a “weighing machine” (biased toward fair value and buying cheap). So the scale for many US stocks may still be tipped a bit toward the “a bit too dear” side, making it especially important to consider looking to buy, as Mr. Buffett (and Camarda) does, good quality on the cheap. This is doubly important with persistent whispers of recession blowing through the media wind, threatening corporate sales, earnings, and stock market values.

While, indeed, the year-long trade war has slowed the economies and dented profits, the odds of actual contraction or recession seem remote, still, and even more distant if Mr. Trump manages to bring home the bacon just a few weeks into this Celestial Year of the Pig. Such a deal is so close now that we can smell the BBQ sauce, and expect the pigskin to propel earnings for US companies to a surprise on the upside, an undeniable plus for stock values. It is important to remember that earnings drive pricing in the weighing machine model, so better times ahead bode for extended bull market legs.

The current bull market, by the way, is widely opined to be one of the longest on record, implying its legs may be its last, and dark times may be in the offing. Besides making happy media hay, this perspective tends to distort the actual prospects by implying the market’s been on a straight-up tear since you were much younger than you are now. It hasn’t, and while the 19.8% or so drop in stock prices to the 2018 Christmas nadir was not technically a true bear market (which requires a 20% drop per standard media-babble), it was still a drop-to-the-floor gut punch hard enough to make most of us pass out on the bear rug, begging for mercy. While the late 2018 shellacking – and the other serious plunges the last decade has brought us – is nothing compared to the Depression-grade panic of circa 2008, it was enough to butcher any bull, and give the clear-sighted cause to ponder the next market cycle with virgin, dewy-eyed hope. Trade war resolution – or at least a workable truce – a rate-hike pause, and the quickening earnings surprises may be just the recipe to transmute that hope into a very good year after all.