When Fiduciary’s Really A Four-Letter Word 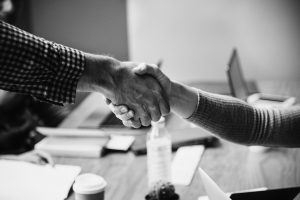 Investors have finally gotten savvy to fiduciary, and know that it means advisors who must put clients first. While this seems pretty black and white, it’s not as easy as it looks and still leaves room for lots of investor abuse. Getting a “real” fiduciary who’s not covertly selling you expensive commission products can be a real challenge, but getting this right can be critically important, and literally could cost hundreds of thousands – or millions – in wasted family wealth, if got wrong.

Determining the difference between fiduciaries is fast and easy if you know how, but many consumers may not know how to conduct this important background check.

Advisors who claim to be fiduciaries can be of three sorts: 1) those that simply lie about it to get you to buy a high-commission, poorly disclosed product, 2) those who are actually dedicated , exclusive fiduciaries legally required to put you first, and – here’s the squishy, dangerous part – 3) advisors who have both fiduciary investment advice licenses, and commission investment sales licenses, a condition known as “dual registration.”

Presumably you only want number 2s, and it’s actually quite easy to sort them out once you understand the landscape, as well as flag the 1s and 3s.

Commission sales agents – we used to call them stockbrokers – are regulated by FINRA and typically have sales licenses like Series 6s or 7s. They are officially called “registered representatives” (RRs) and are sales agents of “broker/dealers,” companies who deal in investment securities for a profit. They make money by taking (sometimes hard to spot) commissions and markups on investments. If you remember that the dealer means the same as in car dealer, you get the point. Most folks don’t expect car sales reps to look out for their best interests, and registered reps are no different. It is perfectly fine, from a regulatory standpoint, for them to sell products that make more money for the advisor at the expense of consumers’ wealth health. Perfectly legal, but not well-understood by most consumers.

Fiduciary investment advisors – officially “investment advisor representatives “(IARs) work for Registered Investment Advisors (RIAs) and have a legal obligation to put you first. RIAs are regulated by the SEC and actually comprise a whole different industry than broker/dealers.

So those dual registered folks – the number 3s above – are both licensed by FINRA as non-fiduciary commission sales agents, and by the SEC as fiduciary IARs.  Dual registration – and I’m being charitable here – can make for confused advisors who may forget what hat they’re wearing, and maybe sell a high-commission product to a consumer who mistakenly believes – or even is allowed or led to believe – that the advisor is acting as an IAR fiduciary.

Of course, consumers can become hopelessly confused, remembering only that the advisor once told them they were a fiduciary, and they just believed and trusted that, instead of questioning every recommendation to see if it was a product pitch, or reading the reams of disclosure documents that broker/dealers rely on to manage their liability.

It’s not hard to imagine why, since such dual registration confusion can breed situations like the following, taken from an actual report from an investor using a large broker/dealer. The investor believed the advisor was a fee-only fiduciary who did not sell on commission and who put the investor’s interests first. When asked, the advisor confirmed this was the case. “Yes, I’m a fiduciary.” “Yes, I always put the client first.” “Yes, I only charge fees, no commissions!” When questioned about if he was acting as a fiduciary on a million-dollar annuity found on his statement – an annuity that was showing no growth, had hard-to-find internal costs of some 6%/$60K a year, and which had generated an estimated commission of some $80,000 to him – his response was – I kid you not – “well, except for that.” Situations like this are actually encountered quite frequently in practice, and clearly have the potential to be quite detrimental to a client’s wealth.

This is a really big deal, since much if not most of the financial services industry remains in a buyer-beware stance, with “advisors” who can maximize their commissions perfectly legally, at the expense of investors’ families long term wealth health. Where consumers believe advisors are putting consumers first, but advisors are legally free to line their own pockets at consumers’ expense, the potential for massive consumer harm is enhanced.

This is not to say that fine, completely ethical work isn’t routinely conducted by dually-registered brokers who remain cognizant of their respective duties. But the conflicts of interests are severe, the cheese keeps moving in the investments game, and many consumers may prefer to just skip the extra work and risk of using the dually registered when seeking fiduciary advice.

First, go to https://brokercheck.finra.org/. This portal serves up public record background check data on both RRs and IARs. You’ll see a screen like the below, where you can check out an advisor using a variety of approaches, but will probably just want to plug in the name of the advisor of interest.

When your humble author plugged in his last name, he got a bunch of Camardas, including himself and wife/partner Kim:

Two other advisors named Camarda appeared in the same row as the above two, and we see their registration status on the far left and far right below:

All you need to learn to do is focus on the round “B”, “IA”, and “PR” icons. Those on either end are dually registered as both an RR (that’s the B for broker) and an IAR (The IA). Jeff, second from the left, used to be a broker (forgive him, poor devil! he mended his ways long ago…) indicated by the “PR”, and is now only a fiduciary IAR. Kim (third from left) is showing registration only as an IAR (which is actually an error in the system, she should also show PR).

So now you know! If you are looking for a fiduciary without sales commission conflicts, don’t pick one showing a B. In upcoming articles we’ll look at how to mine BrokerCheck for valuable background check and misconduct info, but for now, you know how to find the 2s if you want them!