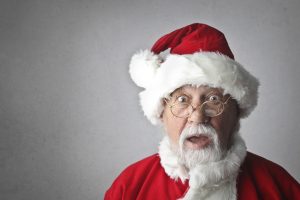 It is oft said that October is one of the scariest months for stocks, and this one certainly scared the bejesus out of investors the world around. November – the beginning of the typical seasonality bull run – initially offered some respite as shares bounced, but ultimately the gloom returned, and markets plunged anew in November.

As mentioned before, we attribute the Autumnal Plunge to three primary factors, in deceasing order of importance:

While we remain concerned about these three factors, we take seasonal cheer from the fact that we have entered the most historically profitable time of year for stock investors, who have generally done well from November to April much of the time. After the drubbing markets have suffered since the September highs, there is every reason to expect a typical Santa Clause rally, and Camarda expects a fairly robust pop and nice numbers for your January statements. Longer term, we are optimistic about the outlook for non-US stocks, as well as carefully selected and shopped (as in shopped hard and bought on sale) US stocks.

We note that value stocks – the kind Camarda favors, solid companies at cheap prices without much air to be let out of their balloons in market corrections – seem to have enjoyed a renaissance of late, holding up relatively well as the market falls. We also note that the hardened trade positions of the Chinese and Trump administrations pose a real risk of kindling a US recession in time to upend Trump’s reelection chances –  a risk we can’t believe has escaped the notice of Mr. Trump’s advisors. If for this reason alone, we expect a deal with China soon, which will take a lot of pressure off the markets. Mr. Clinton’s “it’s the economy, stupid” triumph over George H.W. Bush will not be ignored without peril.