Why Does Dr. Camarda Go to Washington? Surfing the Tax Tsunami to Come 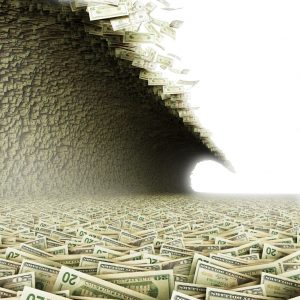 The market conditions continue really unabated. There’s a lot of excessive exuberance and overvaluation. And we expect the bubble to pop relatively soon. And I’m looking for opportunities to cut the profit along the way from short term trading opportunities, which I think that you’ll enjoy and you’ll get more specific information as affects your individual portfolios over the next couple of weeks.

And if you have questions, obviously feel free to chat up your own personal wealth advisor.

I wanted to make today’s theme for the video- tax. And thank you. By the way, those of you that had emailed me expressed congratulations from my admission to Georgetown law, which, as I mentioned, is one of the very top law schools in the country, usually ranked number two, sometimes number one.

And they admitted to me really within a week of my application being submitted, obviously, I put a lot of work into the application. I kind in a self-deprecating fashion that what you as it must be really hungry for students. But I think that they really liked the package and the qualifications that I brought to the program. And in my impact on what the program could be, my brother, younger brother Michael, Yale man, poor devil, once said that the quality of school really is a function of the quality of the students.

And I hope some degree. That’s why George and I want to be. But why do I want you might ask me why at age sixty two and a half, do I want to go back to get another graduate program from the top US law schools in the country too? And why tax? Why am I doing it? Why am I spending my time. Your time really. They know that as your work for your clients you know. And why am I investing my time in this particular venue that you pay us for?

The reason is relatively simple. I’ve always felt that tax is the master. Well, skill is nothing that’s got the power to increase family wealth quite like tax dollars.

If you’re able to convert tens of thousands, some of you hundreds of thousands of dollars of money that that’s kind of wasted in tax payments and are able to transmute that into family wealth, that’s a return to percentage returns are astronomical more than anything else in the wealth management tool box.

And I’ve always felt that way, and those of you that have been open counseled you and that over the years, but I think we’re now facing a period in American history in our lifetimes where taxes are going to become very, very dangerous. For those of you that have accumulated some. Well, I really think that the approach to the middle of the 20th century or the 21st century things get really bad aside from, the socialist wind blowing, however you feel about the social justice of that, it’s expensive.

As Thatcher famously said, socialism is great until you run out of other people’s money. Somebody’s got to pay for it.

And that’s going to be the fat cats. So regardless of how you feel about that, there’s a big, big trend in this country to provide more benefits to the masses that are they don’t have the money to do it themselves.

And all of that on top of what’s happening with fiscal and monetary policy and which was already in a very sad state before COVID hit — I think taxes going forward are going to be fierce. And those of you that have access to the very best tax advice, I think will be the position to survive this and prosper in a time where those that don’t are really suffering.

I’ll leave you with this one story. We had a fellow that’s been on our mailing list, as it were, since 2011, never spoke to him.

He watched my last class on tax and retirements and was motivated to ask us for a free consultation, which we did this morning. This is a twenty million dollar guy, very successful, runs an investment bank, owns an investment bank. Actually, income is a million dollars a year and he’s just getting killed. Almost half that is going for taxes, which obviously reduces the rate at which his family accumulates wealth. And, Morsan, that he sees the handwriting on the wall, realizing that it’s going to get a lot worse.

So I’m very sure that’s as usual, I’ve got to blather on for too long here. But I wanted you to know why my interest in taxes, particularly getting tax expertise at the very highest levels from the best professors in the world, really at Georgetown Law has become so important to me. And really, it is in order to expand and enhance the quality and value of the service that we’re able to rent it to our clients, particularly as we face what we think may be one of the darkest periods in our history where this this new recession, hopefully not depression, is going coupled with massive increases in taxes on the horizon.