Why Taxes Will Go Up! 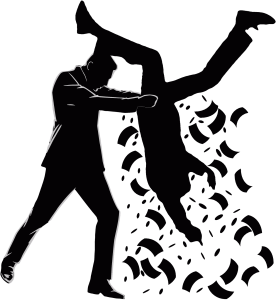 I have often said that tax strategy is the master wealth skill, the one that can make the difference between “just” doing really well, and getting really rich. It is somewhat ironic that it tends to be the least appreciated wealth skill, where consumers – even really rich, smart, and sophisticated ones who should really know better – downplay the value of this expertise, and treat the chore of getting taxes done more like dry-cleaning than the incredibly complicated master-art it really is when practiced well. Far too many taxpayers just want to drop their taxes off and get them “done” cheap. They often complain about how much they pay, but won’t take the trouble to seek out true masters, and are very resistant to paying for quality advice. This advice is usually not cheap, but is often one of the very best investments a taxpayer can make, with tax savings typically many, many times the cost of the fees, compared to the results from the cheap (sometimes not so cheap) mediocre tax “pros” they often use.

More than in any other profession I’ve encountered (except maybe my own, financial advisors!)  – law, medicine, engineering, whatever – I have found that true experts are as rare as hens’ teeth, to be so outnumbered by software-junkie button pushers as to be nigh impossible to find. Like financial advisors, it is very difficult for even very smart consumers to tell the difference between truly excellent tax practitioners, and those who merely smile winningly and look good in a suit. This sad state, coupled with the dry-cleaning mentality of most consumers, means that vast sums of family wealth are typically lost to legitimately avoidable taxation. I mean millions on untold millions!

I have trotted this soapbox out, of course, for a reason. While we have enjoyed some modest tax reduction of late, I am utterly convinced this is a brief holiday only, and that taxes will rise with a vengeance for the rest of your lives, and those of your children’s, too. If you don’t watch out, they will choke your family’s wealth. Why is this? There are 3 primary forces, big as hydrogen bombs:

Look at the big picture, and this triple-whammy picture coming into focus will result in tax hikes like we have never seen, to pay for it all when we hit the breaking point. And that’s before factoring in the impact of if the new Socialist fashion takes real root in the US. The only other alternative is monetizing the debt, a nice way of saying printing tons of money to drive down the value of the dollar and pay it off cheap by stiffing the lenders. This is the banana republic solution, and not a good one. It is the path Weimar 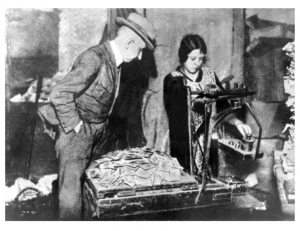 Germany took after WWI, which devastated the economy and paved the way to Hitler’s election. Remember those wheelbarrows of worthless marks from grade school? The currency lost so much value it was weighed instead of counted to make purchases.

No, I think tax hikes are inevitable. In these times, prudent tax planning can move the needle as perhaps never before. Let those with ears, hear, and hold onto their wallets!